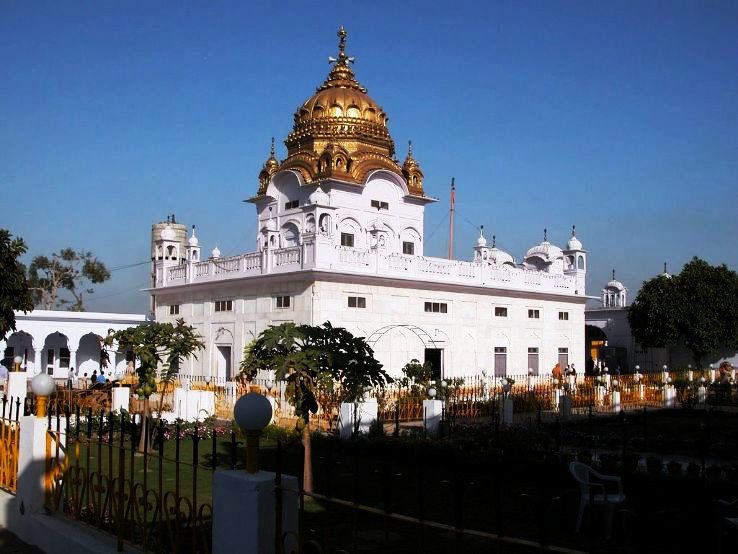 Addressing the opening ceremony of the corridor in Kartarpur, Pakistan, the high priest expressed his happiness over it and thanked Pakistan Prime Minister Imran Khan, who was present on the stage, the Pakistan parliament, and Indian Prime Minister Narendra Modi for opening the corridor. “If India had not opened the gate, we would not be able to come ’edhar’ (this side) and if Pakistan had not done so, we could not have come ‘andar’ (entered inside),” he said.

“Our prayers have been heard after 72 years by God and governments.” Claiming that Guru Nanak’s philosophy ended political, social, and economic discrimination, he underlined the need to spread this in the world.

He, however, asked both the governments of India and Pakistan to allow Pakistan Sikhs to visit Dera Baba Nanak Gurdwara near the international border in India to have ‘khuley darshan-didarey’ (free access) of the gurdwara associated with Guru Nanak Dev. He batted for free access to other ‘gurdham’ (shrines) of Sikhs left in Pakistan and asked the Pakistan government to allow this.

He wished that the dividing line of Wagha melted away.

Reminding the gathering that there was a ‘sidhantik sanjh’ (common meeting point of principles) between Islam and Sikhism, the Jathedar said that Guru Nanak ordained Sikhs to worship one God. He said that the Sikh community was always against tyranny and excesses.

“We have opposed and will continue to oppose atrocities and oppression whether it was on Kashmiri Pundits or Muslims,” he asserted. Wishing for cordial relations between the two countries, Giani Harpreet Singh prayed for mutual peace, brotherhood and unity so that the two countries could rise up not only in Asia but in the whole world.