It is 50 years since a new religion began to arrive in Telford, and the group is continuing to thrive in 2019. 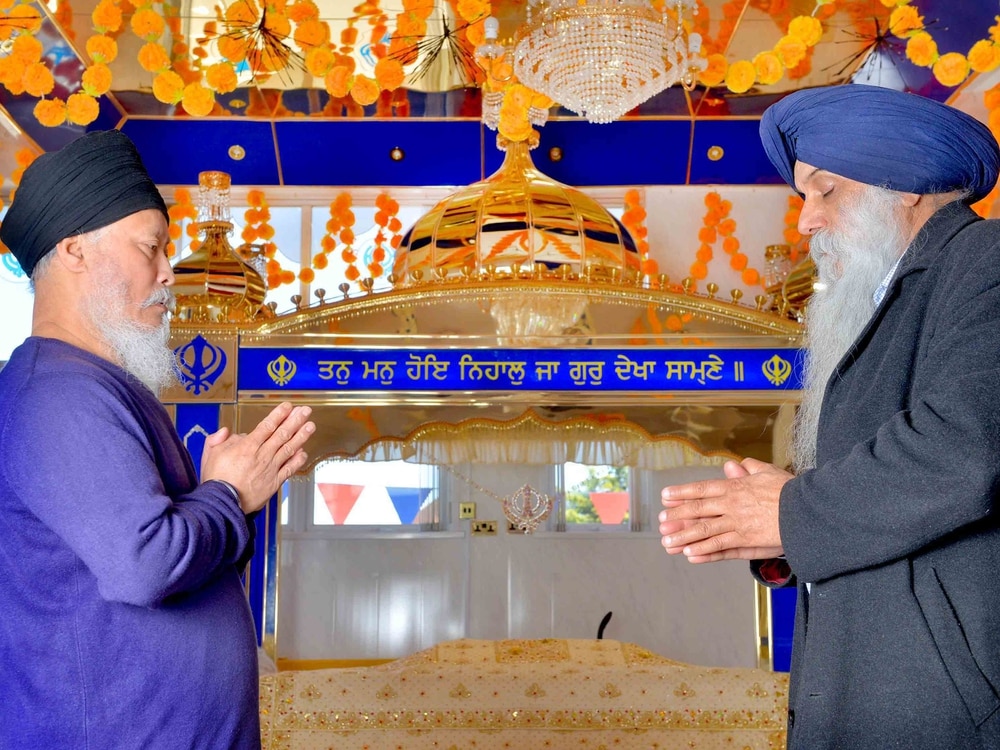 Ajid singh and Sardara singh in the prayer room.

In the middle of Telford stands a colourful Sikh temple. Outside there are glittering decorations leading to a grand doorway, where inside there is a thriving community.

It was after the Second World War that Sikhs started to emigrate to the UK in large numbers, particularly during the 1950s and 1960s.

The Sikh community arrived in villages of east Shropshire such as Hadley, Dawley and Trench, before the establishment of Telford itself as a new town.

The community primarily came for work at the GKN Sankey plant based in Hadley itself.

During the formation of Telford in the 1960s these villages were incorporated into the new town and as a result the largest population settled around GKN Sankey.

The Sikh community has recently marked the 50th anniversary of the day it began holding worship and meetings in the town – although they haven’t always had a dedicated temple in which to worship. 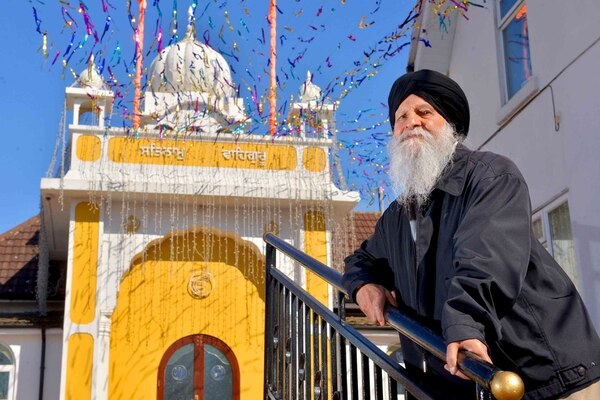 Parkash Singh Dhamai MBE is the president of the Guru Nanak Sikh Gurdwara and he has been involved since the very start after moving to Shropshire from Punjab in India in 1963 to live with his brother and work at GKN Sankey.

“There was no temple here when I first came,” said the 79-year-old. “In 1969 the congregation was at about 40 members and we would hold meetings at the Hadley Rest Rooms.”

For four years the Sikh community would pay £5 a week for a few hours on a Sunday where they could hold meetings and worship, but the congregation was growing and a need for a temple was becoming increasingly clear as the room groaned at the seams thanks to the presence of so many members.

In 1973 the Sikh community bought a former junior school and it became the first Sikh temple, or Gurdwara, in Shropshire.

“We bought it the building in 1973. It was obviously just a lot of classrooms. But we did a lot of converting to open it out inside,” says Parkash.

“After that there were more and more people coming.”

“We raised the money from our community, friends and other temples in other towns which we had asked for help from.”

Prior to the meetings at the Hadley Rest Rooms and then later the temple Parkash said the community would have to travel as far as Wolverhampton or Birmingham to worship.

“It’s important for Sikh people to have a place to worship,” he says.

“Before this was here we would maybe have to travel to temples. But we would be working seven days a a week so could only go in the holidays. We like to worship and need to worship.”

Sandara Singh Nagra is 70 and has been a member of the congregation since moving to Telford in 1965. 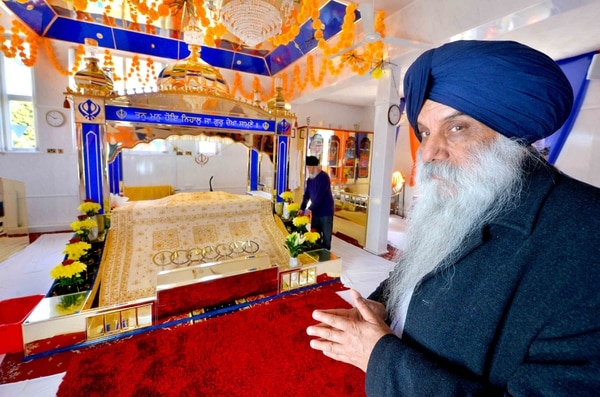 Sardara Singh remembers the early days as a Sikh in Telford.

He says a lot has a lot has changed from his earliest memories of moving to the area.

“The area itself was very small those days,” he says. “Back then there were maybe only eight or 10 Indian people.

“But it has grown a lot since then. The town, the community, everything has grown.”

The growth of Telford went hand in hand with a growth in the Sikh community and in the temple itself.

Parkash says there were some problems with integration during the early days of the Sikh community forming in Telford.

He says that a lack of housing in the early days and a language barrier with the local people in the new town in the east Shropshire coal fields caused some issues.

“Not many people that came in spoke that good English,” he says.

“They were working hard, but there were language problems. But now we have a good community and good neighbours and are very happy and all live together.

“I’m proud of the temple and the community.

“That we are able to worship together, talk together, that we are all friendly. Sikhism is about having respect for all people and all religions. We have lived together a long time now.”

Jag Singh Mattu, 34, was raised in Telford and has been attending the temple all his life.

“I have been coming to the Gurdwara ever since I was born,” he adds. “My parents were married here and before that my grandfather came here in the 1970s, so there is a family history.

“When you look at a Gurdwara, for a Sikh it’s very important to have a place of worship where they can come and join in with the services.

“In Telford there was a need for a place where services and certain ceremonies could be held.

“When they decided to build the Gurdwara it was about bringing the Sikh community together every Sunday, and now it’s every day of the week. It’s a busy temple, and the first one where everyone joined together to get the place up and running.

“It’s important for the congregation to have a Gurdwara.”

He continues: “It’s important for a Sikh to pay your respect to the holy scriptures and to do that every week, or when you can.”

But the temple is much more than about just the religious activities and provides a place where Punjab classes are held as well as social groups such as the Khusdhi Day Centre for elderly women. 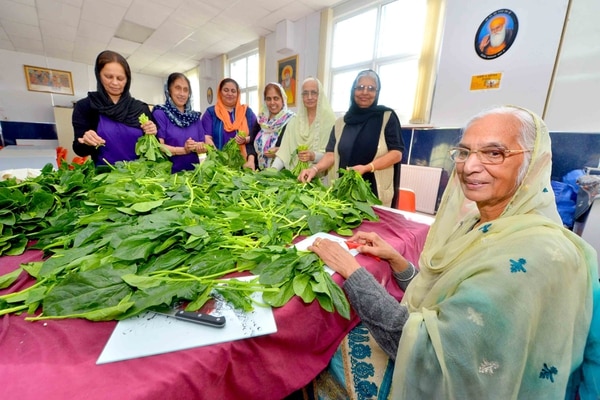 The ladies of the Khusdhi Day Centre.

Rajinder Kaur Sahota, 57, is the chairman of the centre which meets every Thursday.

“We met at Hadley Learning Centre where there were programmes for the elderly, but because of the language barrier we asked if we could set up the class here,” she said.

“We make food, do yoga and go on trips and all the ladies help with the activities in the temple.

“It’s very important for us to have a temple. I have always been a follower and believed in God. It’s a place of worship, of gathering, and a place to meet people.”